Here’s What Else Is Wrong With Native Advertising 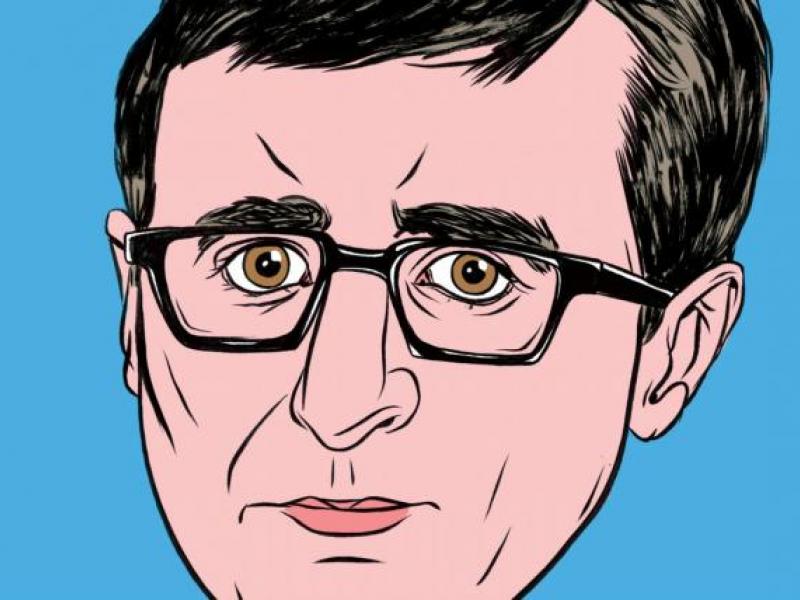 One of the great media pleasures of the summer was getting to watch John Oliver’s trademark extended “Last Week Tonight” commentaries.

The show debuted in the spring, but the “Oliver rant” arguably became a bona fide social-media phenomenon — and a key part of the cultural conversation — the first week of June. (From the start, HBO made the canny decision to post the rants in full, in all their wordy, operatic glory, on YouTube.) That’s when Oliver’s scathing and very funny 13-minute deconstruction of the net-neutrality debate went viral (it’s earned 5.3 million views on YouTube to date). His rant about FIFA aired a week later (just before the World Cup) and also went viral (7.7 million views to date).

But the weekly rant that seemed to resonate the most among media and marketing types was his Aug. 3 takedown of so-called native advertising (which has racked up 1.9 million views to date — a surprisingly high number for such an inside-baseball topic). From his ad-free HBO perch, Oliver took on those who would champion a form of advertising that, in his view, mimics editorial content in a cynical attempt to fool consumers.

And he named names. Sprinkled into the segment were sound bites, cherry-picked from other media outlets, in which various execs talked up native advertising. BuzzFeed founder-CEO Jonah Peretti, Time Inc. CEO Joe Ripp, and New York Times Exec-VP of Advertising Meredith Kopit Levien each made (unwitting) cameo appearances — and all got brutally served by Oliver.

(If you haven’t seen it, please stop reading and watch it right now.)

Later that week, Oliver was interviewed live on stage by Cosmopolitan Editor-in-Chief Joanna Coles at a Hearst company event, and he doubled down on his outrage, calling native advertising a “trust parasite,” and saying of Ripp, who famously took down the wall between church and state at Time Inc., “I guarantee that 50% of his staff is fucking furious.”

This much is clear: Oliver sees publishers’ embrace of native advertising as a betrayal. His argument seems to be that the ethics behind native are inherently suspect.

OK, got it. But let’s move beyond that for a moment, if we can — because I’ve got some other issues with native, thank you very much:

NATIVE ADVERTISING BASICALLY FORCES BRANDS TO COMPETE IN A MUCH LARGER ARENA.
Is your “traditional” ad — say, a TV commercial — so damn great (so funny, so beautiful, so whatever) that it stands out vs. other commercials? Hooray, congratulations, etc. Doing great TV spots is incredibly hard, so good on you.

Now let me ask you this: Is your stealthy “native ad” so damn great that it stands out vs. not only other ads, but among all the other editorial content it’s meant to mimic?

MOST BRANDS DON’T REALLY HAVE MUCH TO SAY BEYOND “BUY THIS.”
The conceit behind much native advertising is that every brand can be a “storyteller” and should engage in quasi-editorial narrative to subtly extol brand values (or whatnot) and increase consumer “engagement.” Fine. If that’s true for your brand, more power to you. Have at it. Godspeed.

I DON’T QUITE GET WHY BRANDS WANT TO SOUND LIKE SOMETHING THEY’RE NOT.
I’m sure you already know that Advertising Age does some native advertising. For instance, a recent native-ad post at AdAge.com, titled “Breaking Down Big Data to Build up Business,” sponsored by big-data purveyor Quantcast, focused on how Quantcast customer Zendesk uses data; a video embedded in the post starred Zendesk execs Michelle Carranza, Brad Morris and Bill Macaitis talking about big data. (It was labeled, twice, as “Sponsor Content” — including a big, impossible-to-miss mustard-colored banner atop the post — and ended with an also impossible-to-miss “About the Sponsor” section. It used totally different design and typefaces, too.)

If you’ve got a voice, speak in your voice. Or, you know, if your customers believe in your product, maybe invite them to speak on your behalf — in their own voices.

That makes sense to me. That I get.

Going to, say, BuzzFeed and asking them to gin up yet another listicle on your behalf — something so BuzzFeed-esque and non-advertise-y that some readers might not even realize a sponsor was behind it?

That I don’t quite get.

The more a brand dresses in the particular editorial drag of the site it’s advertising on, the less I get what the brand stands for.

IF PUBLISHERS DON’T LIMIT NATIVE-ADVERTISING OPPORTUNITIES, THEN NATIVE ADS JUST BECOME A DIFFERENT SORT OF CLUTTER.
In other words, the break-through-the-clutter specialness of native becomes less special when there’s a glut of native.

But I suppose when that happens, someone will just rebrand native advertising (which, back in the day, used to be labeled “special advertising section” in print, you might remember).

We’ll all agree to call it artisanal advertising or maybe brand-to-table content, and we can have this debate all over again.